Kayamandi was the first community program launched by Film School Africa in 2008.

Kayamandi is a township of about 35,000 people, living within one square mile. The homes in Kayamandi are predominantly shacks made of scrap metal and particle board. Our FSA Kayamandi school works primarily with students from the Xhosa tribe.

While we are no longer operating in this township community, several of our college students and success stories originated here. We have found that the College level program is our most effective for long term change in the lives of our students, but we remain very proud of the work done within this community. It remains the birthplace of Film School Africa and holds a very special place in our hearts.

To watch a selection of our favorite Kayamandi films over the years, click here.

Several FSA Kaya students have gone on to study at the collegiate level. Read more about their journeys below… 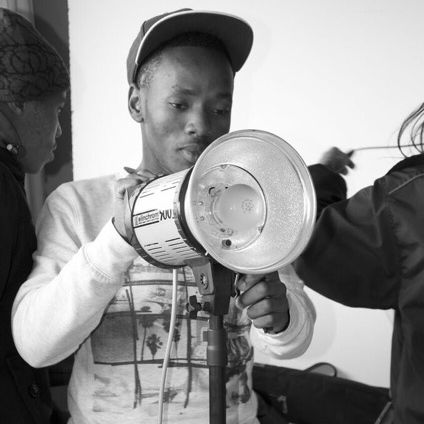 Thando has recently graduated from AFDA’s Cape Town campus, where he earned a BA of Arts in Motion Picture Medium. He spent two years studying at Film School Africa Kayamandi - and here is what Thando says about how FSA helped to prepare him for AFDA.

"I had a great team behind me that was Film School Africa, always there to give me hope and courage to stand and wait for the right time, we were on this journey together from the beginning after I joined them in 2013 and that is when I recognized my dream.” 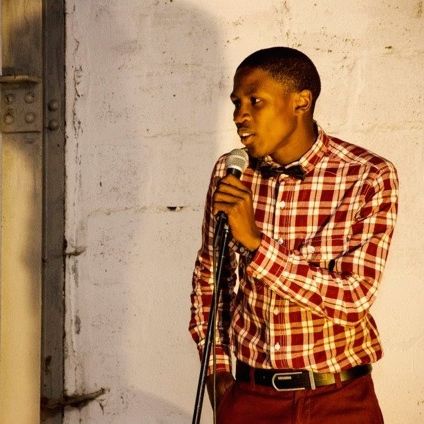 Molathise initially spent a year learning documentary filmmaking at Big Fish School of Digital Filmmaking. He then moved on to City Varsity where he received his diploma in Cinematography.

Here is what Molathise says about his time at FSA.

"Film School Africa means a lot to me. FSA gave me a future I never once thought possible. I would not be where I am today, but Film School made everything possible for me. I am graduating this year...maybe I would have been working in a retail shop if it wasn’t for Katie Taylor. Film School is a blessing in the community of Kayamandi. Kayamandi is a dangerous jungle for the youth but Film School saves the few that commit themselves.” 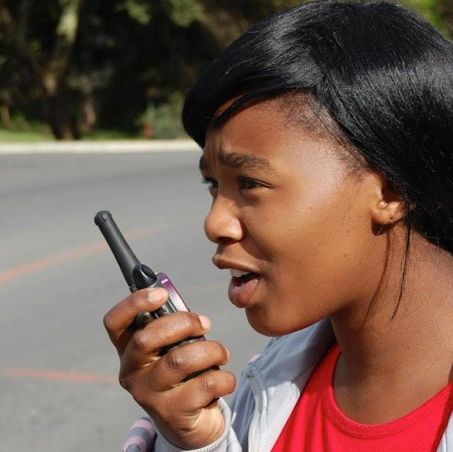 "I started attending Film School Africa when I was doing my grade 11 in 2009...Odwa Nomavuka came to Kayamandi High school to Introduce FSA and thats the day God set to change MY LIFE completely.

In 2010, I finished my grade 12 and went to study at Cape Peninsula University of Technology and pursued a degree in film, then came back in 2013 to FSA to do my internship. I am now serving as the Coordinator in Kayamandi, I am so blessed.

FSA to me means influence, growth, hope for tomorrow, the love among peers, leaders and most importantly God as the shelter of all.

Saying thank you will never be enough if you are really grateful. It is a process of letting Katie Taylor and the FSA Board know that we are truly grateful for what they are doing, and may they continue to give life to students—God bless the FSA Family! If it wasn't for them, we wouldn't be here, and reflecting on my personal life, I wouldn't have made it so far, it’s heart breaking how words cannot describe the joy I have in my heart.

FSA has given me a chance to believe in myself, and that God answers when you least expect it.

What I learned from Sis’Katie, is that no matter how busy you are, you must take time to make the other person feel important. Today I choose life.” 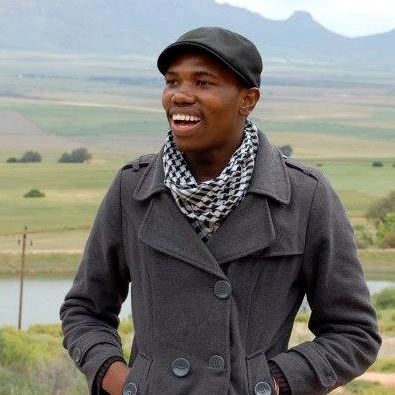 Ayanda started with Film School Africa in 2008, after his experience there he graduated high school and then with the help of FSA attended Media Village. After six months of bible training and outreach ministry in Kenya, he attended two levels of Film Production courses and graduated Media Village with the award for Best Director.

FSA then connected Ayanda to the college City Varsity, helped him to secure needed scholarships and also provided room and board for three years so that he could have the best chance possible at finishing school. Ayanda graduated from City Varsity at the end of 2014 with a diploma in Cinematography. He worked as a camera trainee on the feature film Grand Theft Auto starring Bill Paxton and Daniel Radcliffe, which shot in Cape Town. He is currently successfully running the Bertha theatre space in Khayelitsha.