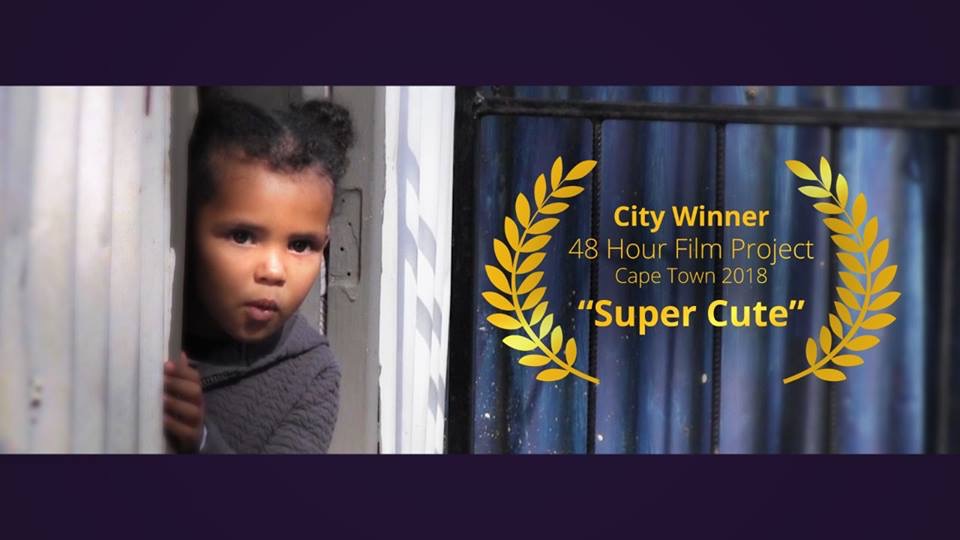 "Super Cute" was recently honored in Orlando Florida as part of the 48 hour film project's city winners. It was an incredible experience and we're excited to get the film out to other festivals.

The film is set and was filmed on location in the township of Kayamandi. It was a collaborative effort of Film School Africa College, which had students and staff working together to write, film and edit the project in the tight 48 hour deadline.

South African students were in key positions for the duration of the project including producing, camera operation, sound recording, lighting and editing. The film stars a former FSA community acting student, and the daughter of a former community student, along with a few other college students.

We'll keep you posted on any future festivals, in South Africa and abroad!

Hello FSA, Watching the documentary Film School Africa, it's super refreshing to see films like this are being made. I thought I knew about SA through the media, internet, and library, but it was so great to see the young people of SA telling their stories in their own words and experiences. Thank you for sharing. God Bless, Tom Glendale AZ - USA

Your email address will not be published.